About Us
News and Events 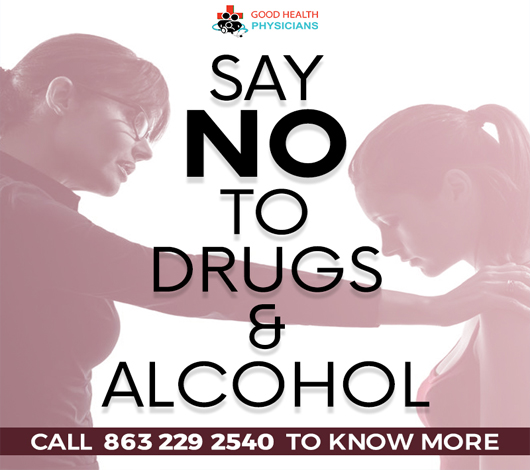 Say no to Drugs and Alcohol 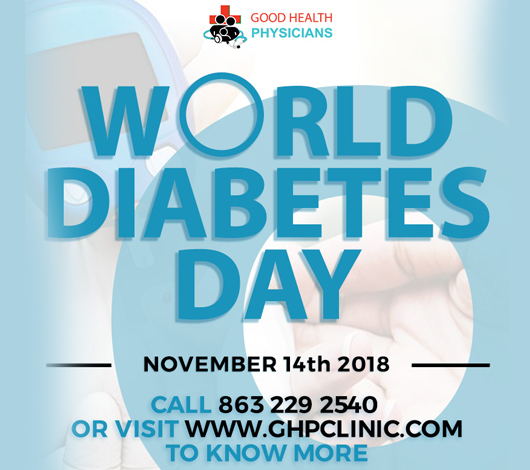 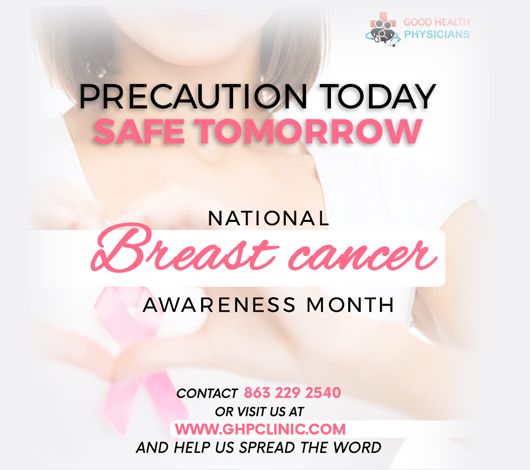 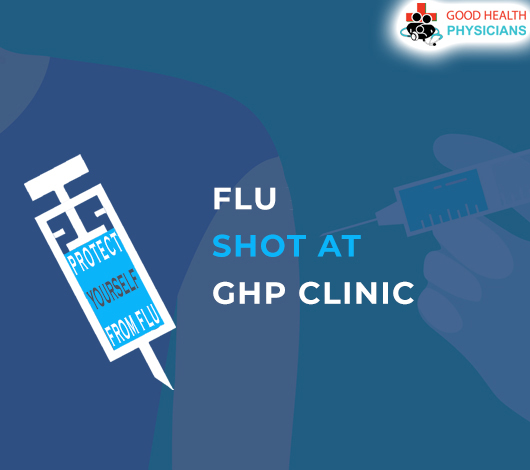 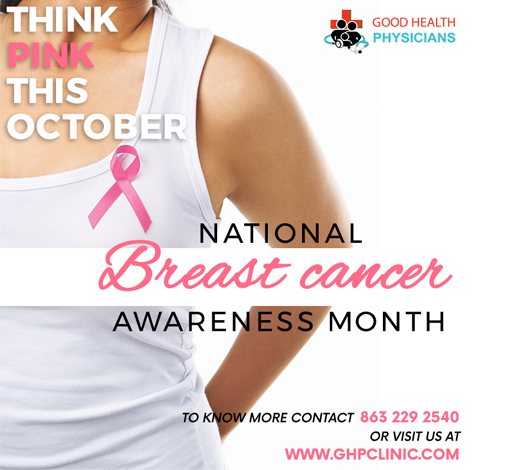 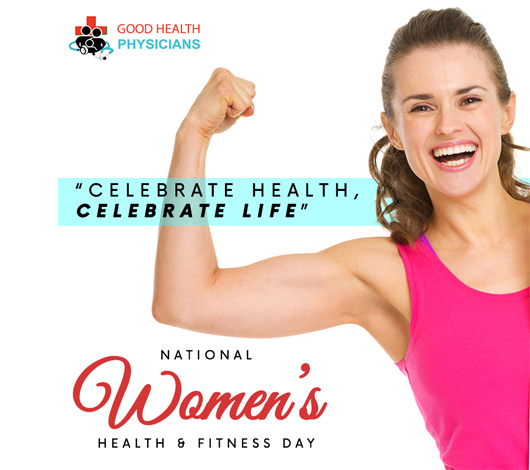 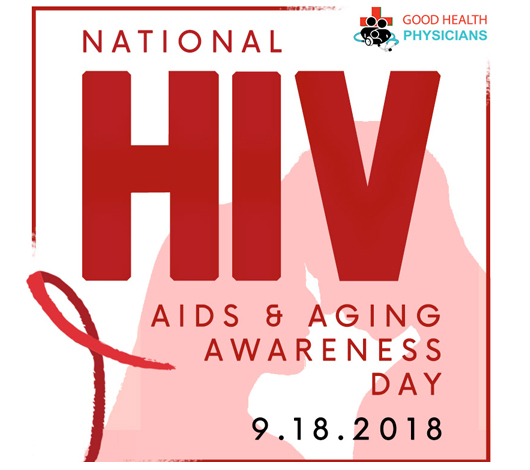 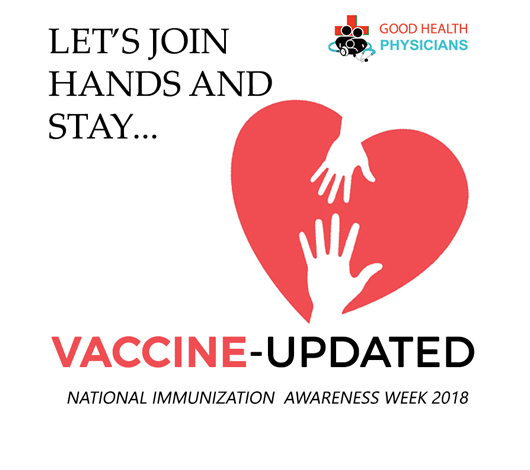 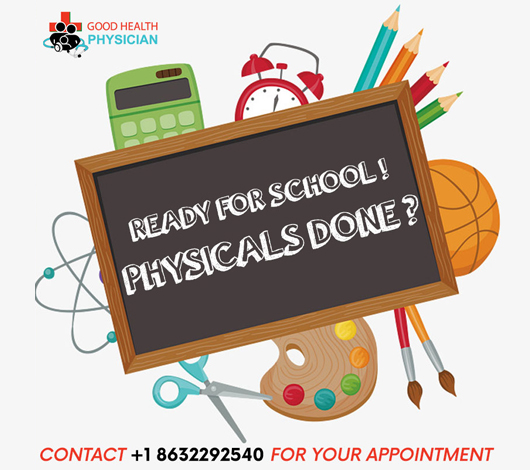 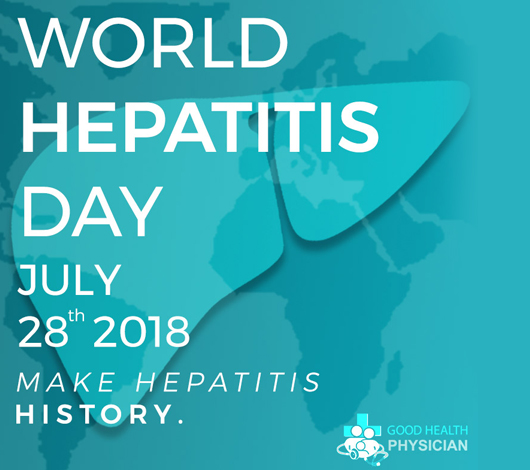 Celebrating Life with Hepatitis day on 28 th of July

Celebrating Life with Hepatitis day on 28 th of July 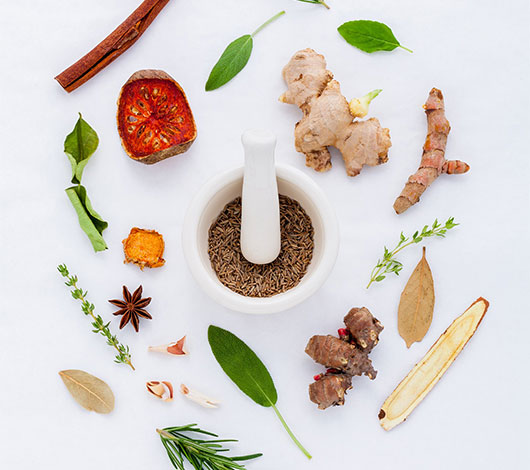 The WHO every year celebrates the World Hepatitis Day on 28th July to encourage and sustain the best possible medical plans to fight against this chronic ailment. Trailing on the similar path, today around 28 countries have already established high-level national hepatitis elimination committees representing over 70% of the global burden.

What else could be the good news that around 95% of people suffering from hepatitis C can be today completely cured within 2-3 months?

So, let’s celebrate life with the upcoming Hepatitis Day and promise a new life for all the hepatitis patients.

The School Physicals will cover the following

What should you expect at a back-to-school physical?

For your convenience, it’s best to schedule back-to-school physicals well in advance of the start of school to avoid the back-to-school rush for physicals and required immunizations. We accept walk-in or appointments for School Physicals in Winter Heaven, FL.

National Immunization Awareness Month (NIAM) is a National Public Health Information Coalition (NPHIC) sponsored toolkit or an annual observance which is held during the month of August for promoting the importance of vaccination among the people of different age groups.

The vaccines could be categorized under the following:-

What to expect from a perfect association with communities celebrating the month?

Let’s join our hands together to stay vaccine-updated and fight against the deadly diseases!

This September 18th at GHP clinic we invite you to join us in observing the annual National HIV/AIDS and Aging Awareness Day (NHAAD). As per research, in the year 2014 more than 425,000 people aged 50 and above were diagnosed with HIV living in the USA alone. The highlights of the drive are to focus on the issues and challenges being faced by the older patients in regards to HIV awareness and its testing and prevention, care and treatment.

It is important that preventive measures are taken appropriately and awareness is spread specially to the people belonging to the 50 years and above segment. Here at GHP clinic, we are in full force to make sure that awareness for HIV/AIDS is spread like fire with multiple activities in the neighborhood and beyond. We counsel the old people coming in the clinic for other issues and treatment so that more people are aware and early diagnosis is possible for the people who are already infected and unaware.

Please join us to spread that importance of early detection of AIDS/HIV and make this National HIV/AIDS and aging awareness day an effective and successful day.

Women’s Health & Fitness Day is a national-wide effort to focus attention on the importance of regular healthy living for women of all ages. This year’s event is set for Wednesday, September 26, 2018, and in future years, is always held on the last Wednesday in September.

GHP takes the first step in supporting and nurturing the neglected women who actually are the pride of our society but, tend to overlook their own health while building the health of

Sound health is the key to happy living and when it comes to preserving women’s health, many a time it is neglected. Women are often too busy to either make time or at times take time to care about their own health.

This is why there must be somebody to take care of this non-compromised state with their best effort.

Heart tends to remain the biggest prey when the lifestyle is compromised. This some or the other way leads to the development of a number of chronic diseases that may even cause death amongst both- men and women.

September 29th brings to us that very platform to initiate and offer an appropriate safety check on the same. This year at GHP, we wish to take a stride and safeguard our country against this life-threatening ailment with our medical standards and fruitful guidelines to support the cause.

Just a little step to make your heart function comfortably can turn out to be the biggest life-saver for you!

National Breast Cancer Awareness Month (NBCAM), is an annual international health campaign organized by major breast cancer charities every October to increase awareness of the disease and to raise funds for research into its cause, prevention, diagnosis, treatment and cure. The campaign also offers information and support to those affected by breast cancer.

Breast cancer awareness month is yearly campaigns that intend educate people about the importance of early screening, test and more. This campaign starts on October 1st and ends on October 31st every year.

It's that time of the year again! FLU SHOTS ARE AVAILABLE!! You can schedule an appointment or just walk-in. Monday through friday from 8:30 am - 5:30 pm we close daily from 1:00 pm - 2:00 pm for lunch and for your convenience weare open on saturdays from 10:00 am -1:00 pm. We look forward to helping you stay in Good Health!!

The flu shot is a vaccine given with a needle, usually in the arm. The seasonal flu shot protects against the three or four influenza viruses that research indicates will be most common during the season.

Influenza, or flu, is a respiratory infection caused by a variety of flu viruses. The "flu" is a common catch-all term used for a variety of illnesses, but it correctly applies only to the upper respiratory disease caused by the influenza virus.

For Michele Harrison, it was a simple nightmare to get diagnosed by breast cancer soon after she returned from her honeymoon leisure in November 2005. She was diagnosed by stage IIb breast cancer, soon after which she underwent bilateral mastectomies in the year 2005 and 2006 followed by the reconstruction in 2007. Following a standard eight chemo sessions containing 4 treatments of Adriamycin/Cytoxan and four of Herceptin/Taxol,

she continued with Herceptin, backed by Tamoxifen, for two complete years. By the end of the year 2009, she was assured of only 20% chances of its recurrence but to her disbelief, it returned back. Beyond the pink ribbons, special product fundraisers, and the pastel sea of color that marks October in 2010 she considered it to be a God’s plan. Even after a number of reoccurrences in a massive form, her faith in God and continued determination made her evolve as the best inspiration for several other cancer patients and their survival plans.

World Diabetes Day is the world’s largest diabetes awareness programme on diabetes mellitus spreading across global audience of over a billion people.

World Diabetes Day became an official United Nations Day in 2006 with the passage of United Nation Resolution 61/225. It is marked every year on 14 November, the birthday of Sir Frederick Banting, who co-discovered insulin along with Charles Best in 1922.

The campaign is represented by a blue circle logo that was adopted in 2007 after the passage of the UN Resolution on diabetes. The blue circle is the global symbol for diabetes awareness. It signifies the unity of the global diabetes community in response to the diabetes epidemic.

Say no to Drugs and Alcohol

While most people know that drinking too much alcohol can lead to injuries and deaths in car crashes, many people do not know that drinking too much alcohol or drugs can affect your health, work and relations and also can increase the chances of cancer, suicide, unintended pregnancies, sexually transmitted infections, and other negative health outcomes. CDC provides for the common defence of the

country and, as such, has a significant role in fighting excessive alcohol use through the use of our science, tracking, and service to the countless Americans and their families affected by drinking too much.