This September 18th at GHP clinic we invite you to join us in observing the annual National HIV/AIDS and Aging Awareness Day (NHAAD). As per research, in the year 2014 more than 425,000 people aged 50 and above were diagnosed with HIV living in the USA alone. The highlights of the drive are to focus on the issues and challenges being faced by the older patients in regards to HIV awareness and its testing and prevention, care and treatment.

It is important that preventive measures are taken appropriately and awareness is spread specially to the people belonging to the 50 years and above segment. Here at GHP clinic, we are in full force to make sure that awareness for HIV/AIDS is spread like fire with multiple activities in the neighborhood and beyond. We counsel the old people coming in the clinic for other issues and treatment so that more people are aware and early diagnosis is possible for the people who are already infected and unaware.

Please join us to spread that importance of early detection of AIDS/HIV and make this National HIV/AIDS and aging awareness day an effective and successful day.

Together we can make a difference for our loved ones.

HIV stands for human immunodeficiency virus. If untreated, HIV can lead to AIDS. With early and continuous medical care, someone with HIV can live nearly as long as someone who does not have HIV. Everyone aged 13-64 should get tested for HIV at least once. Some people are more at risk for HIV and should be tested at least once a year. Some sexually active gay and bisexual men may benefit from more frequent testing (e.g., every 3-6 months). Women who are pregnant or planning to get pregnant should get tested as soon as possible so they can take steps to protect their babies if they have HIV.

As early as two weeks after exposure, people may develop flu-like symptoms such as a sore throat, rash, fever or chills. During this stage, the virus multiplies rapidly and is most contagious. These symptoms will last for a few weeks. After the first stage of infection, HIV then moves into a latency stage when there are no symptoms. More severe symptoms of HIV-caused infections and cancers will likely appear years later.

Typically, the virus is diagnosed through a blood test or by checking your saliva for the virus itself or the antibodies that target it. It’s very important to get tested if you’re having symptoms, or if you’ve had sex or shared needles with someone who is infected. And the CDC recommends all adults between the ages of 13 and 64 have at least one test in their lifetime.

However, HIV testing will not detect the virus right after exposure. In fact, it may take anywhere from 10 to 90 days, depending on your body and the type of test you take. At-home antibody tests in which you swab fluids from your gums or prick your finger are also available, but you may need your healthcare provider to perform a follow-up test.

If you think you’ve been exposed, see your doctor right away so you can discuss the option that is best for you; if it’s within 72 hours of exposure, they may recommend post-exposure prophylaxis, medications that may prevent you from becoming infected.

How is HIV Spreads?

Getting a tattoo or body piercing with contaminated equipment can also pass on the virus, though the CDC says there are no known cases in the US. Sharing needles with a drug user can transmit the virus since blood is present in needles and syringes. And a mother who is HIV-positive can transmit it to her baby during pregnancy, childbirth or through breastfeeding, especially if she is not receiving HIV treatment.

Anyone can contract HIV, but there are certain factors that can increase the risk of HIV.

People living in communities with a high HIV infection rate are more likely to contract the virus from an infected person through sex, or through needle sharing.

The number of new HIV cases in the United States is highest among gay and bisexual men; they account for 70 percent of all new HIV infections. African Americans are the ethnic group with the most cases of HIV. And, transgender women who have sex with men have an increased risk, too.

Where did HIV come from?

Experts do know where HIV came from. In fact, the initial spread to humans began in the 1800s. HIV originated from a certain type of chimpanzee in Central Africa—the chimpanzees had a version of the virus called simian immunodeficiency virus that began spreading to humans when humans were hunting them and coming into contact with their blood in the process. Once humans became infected, the virus spread through Africa and other parts of the world, then to the United States by the 1970s.

Is there a cure for HIV?

While there is no cure for HIV, it is possible to control the virus with proper medical treatment. As soon as a person starts treatment, they’re not only working towards a longer life for themselves, they are also lowering the chances of the HIV spreading to someone else.

How can I prevent HIV infection?

Practicing safe sex is the most effective way to prevent HIV. Unless you and your partner are monogamous and have both tested negative for HIV, use condoms and limit sexual contact with multiple partners. Here are some other ways to prevent HIV:

How can I stay healthy with HIV?

If you have HIV, maintaining healthy lifestyle habits is important. Here are some ways to live better with HIV: 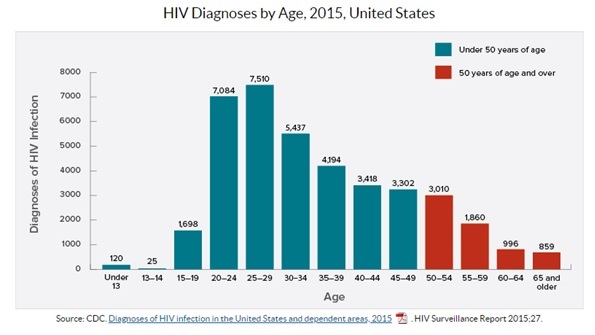